Extruct Exhibition was proud to have been a trusted service provider for the 2016 AfricaCom exhibition show which took place at the renowned CTICC from 14-17 November in Cape Town.

This year AfricaCom was focussed on economic development and social empowerment through digital connectivity.  As a result Extruct Exhibition was honoured to be able to facilitate the customized exhibition stands of some of the following distinguished attendees.

China Comservice International (CCSI) is the largest telecommunication construction company in China.  They are the leading service providers in telecommunication infrastructure services, business process outsourcing services and application, content and other services.  They are capable of servicing the largest fixed and mobile networks in the world by offering services ranging from network infrastructure, design and construction, to consulting services such as management facilitation, maintenance, IT applications and internet services.

Consequently Extruct Exhibition created and constructed their customized exhibition stand at AfricaCom 2016 where CCSI shared their vision: “China-Africa Partnership Program in Trans-Africa Information Super Highway”.  Their program at the biggest technology exhibition in Africa showcased how they endeavour to help more African countries connect digitally.  To this end, CCSI has already built up more than 25000km of fibre-optic backbone network across the African continent.

Most relevant to note is that CCSI is a multi-national company with over 40 subsidiaries in 60 countries across the globe.  Furthermore, their multi customer base includes telecom operators, equipment vendors, corporations and governments.  CSI has a strong financial backbone due to being listed on the Hong Kong stock exchange and owning shares in China Telecom, China Mobile and China Unicom.

Another satisfied client for Extruct Exhibition attending AfricaCom 2016 was the Prysmian Group.  This Italian multi-national corporation has been operating for almost 130 years since they were founded in 1879.  Prysmian Group manufactures electric power transmission and telecommunication cables and systems.  They are the largest manufacturers of cable in the world and at the AfricaCom 2015 they came to present a master class session where they showcased their world-beating fibre solutions, specifically their state-of-the art RetractaNetxs Solution.  On show they also included their Siroccoxs portfolio.

This year’s AfricaCom saw Arbor Networks host two Extruct Exhibition customized exhibition stands.  For the last 16 years Arbor Networks has been utilized by network operators in over 107 countries globally across ISP, cloud and enterprise markets which rely on Arbor Networks for their traffic visibility, advanced threat solutions, global threat intelligence and DDoS Mitigation.  They have been praised by the U.S department of Homeland Security and were also one of only two companies to testify before the European Union on the subject of “Protecting Europe Against Large-Scale Cyber Attacks”.  This multi-national company, with offices in the United States, Canada, Asia Pacific, Europe, Middle East, Africa and Latin and Central America has won accolades and awards in 2014 and 2015 for global excellence, best overall IT company and Global DDoS Mitigation Market Leadership, and more recently in 2016 for Security Services at the Golden Bridge Awards.

Lastly, Afripipes, with factories in Johannesburg, Durban and Nairobi supply and distribute highly efficient, state-of-the-art Micro and Multi Telecommunication Ducts to the Middle East and North Africa regions.  Established in 2007, Afripipes has become the leader in manufacturing and distribution for telecommunication ducts in the Southern African region, supplying fibre optic cable, components and accessories.  At AfricaCom 2016 they showcased their MSC B-BBEE verified, SABS approved and ISO 9001:2008 products by having a customized exhibition stand created by Extruct Exhibition 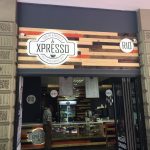